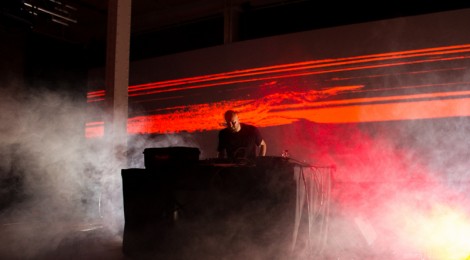 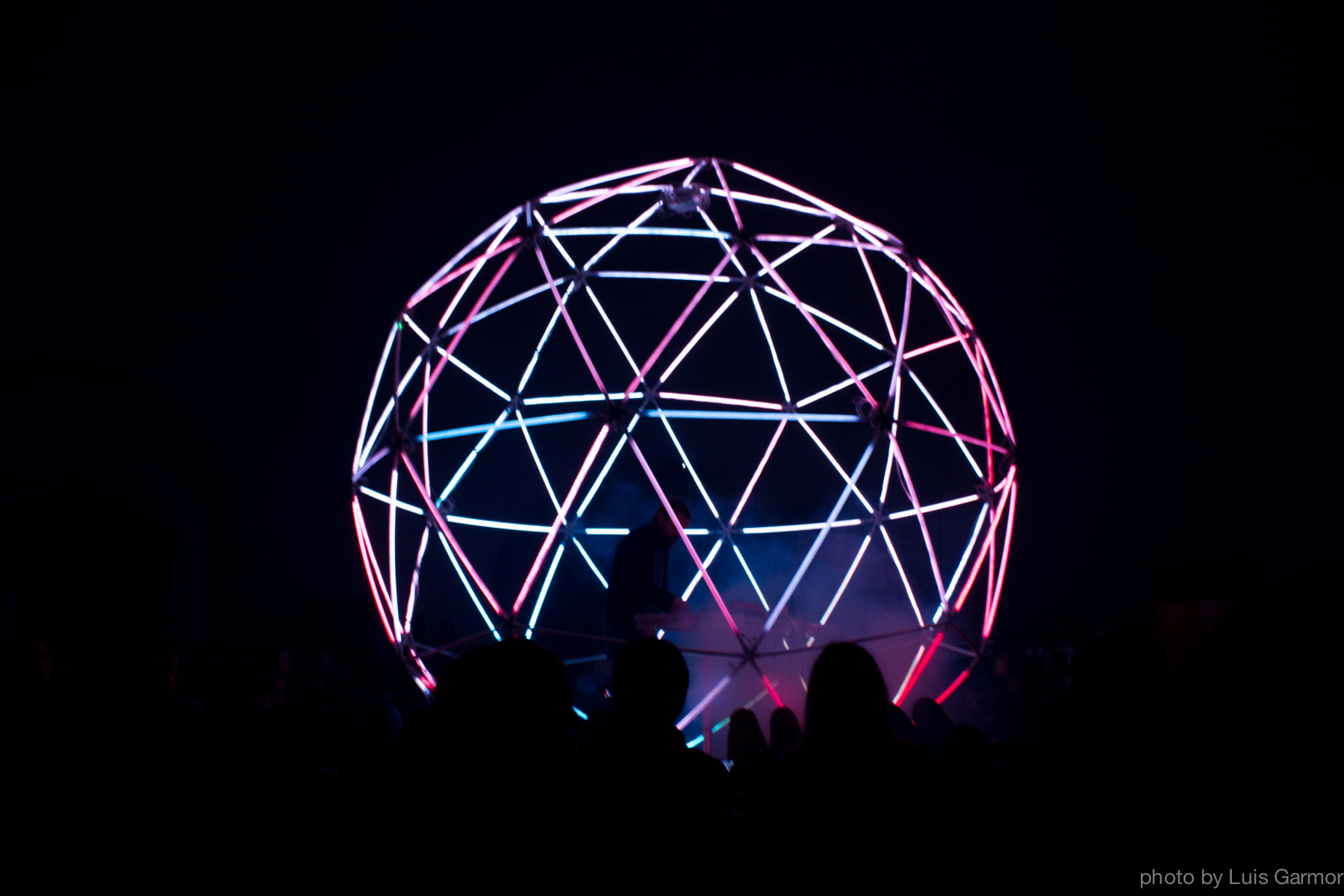 Text and photos by Luis Garmor

Friday in iridescent Barcelona, the MIRA Festival night arrived with its promising live acts and audiovisual shows line up, held between the first and seventh november, occupying a ninehundreds spinning factory.

A complete array of free performances, talks, workshops and finally the best asset, two days of full inmersive audiovisual shows, live acts and visual artists combos, plus installations were run in the industrial complex Fabra i Coats, an old nineteen century spinning factory, recicled in Fabric de Creació, a factory for contemporary art initiatives and creatives, labor of the always avantgarde urban design policies of the most european spanish city.

With a well curated selection of cutting-edge electronica names, ranging from experimental, sound art, drone, IDM, to the most synth-friendly electro, hip-hop, techhouse and live analog mixes, music creators took on stage as combo with their visual counterparts, a parade of diverse visual artists and vjs that catered the best possible to an audiovisual cocktail.

The finesse and mistery of what could be first perceived as the opening sonic taste was the work of locals, Lenticular Clouds followed by the minimalists Rival Consoles, that infused a more dance-floor friendly but still contained IDM electro, balearic gimmicks included, offered a promising night. A round-up to the expected Prefuse 73, did not made himself wait and demonstrate why he is been making a special mark signaling the last decade sound with his ecclectic mix of hip-hop, house and electro, this time along with a colourful vjing support that lifted up the crowd. 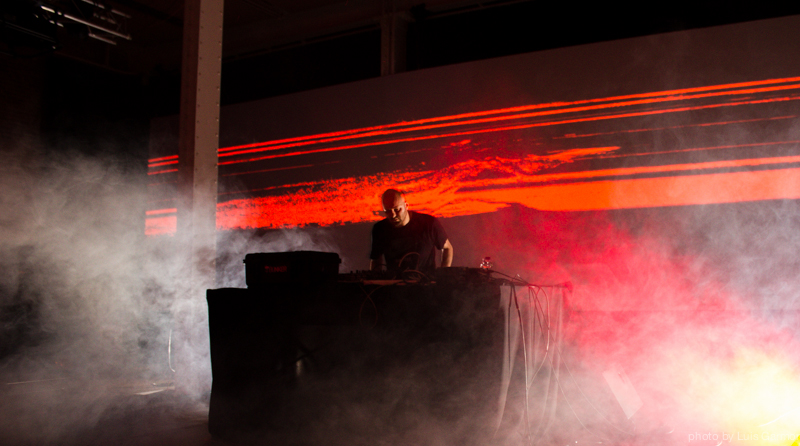 It was not until Joëlle appearance, the visual artist propposed by MIRA, to fire up the relentless molotov of full bass drone and explosive glitching noise that a reinivigorated Andy Stott was about to throw as powder thick bunch airbags upon the ears of the audience, that made a real difference taking on what MIRA was supposed to be about.

Onwards, this preparation grounded the factory for the Blanck Mass, that assured moisturized eardrums: playing inbetween a more bright side noise with electropop meets detroit-techno, Benjamin John Power (Fuck Buttons), came back after his sophomore, an eerie tune for some ninjas in Tibet movie setup (The Great Confuso, Sacred Bones Records 2015). Vessels multi instrumentalists and kings of analog live performances devoured the stage afterwads, in their new postrock digested skins with an analog synth mixture (Dilate Bias 2015) along with accompanying self-made visuals.

In the factory backyards a giant white plastic iglu housed the inmersive 360º installation and audiovisual performances, the Adidas Dome invited the assistants to enter into the Multiverse, a piece played with dexterity on this 3d visual proyections techniques where zenithal cameras rendered the performance making clear visual references to Tron film. Oscar Sol + Ralph on Quadrivium, updated the visual course with a generative forest over stared skies in real time. 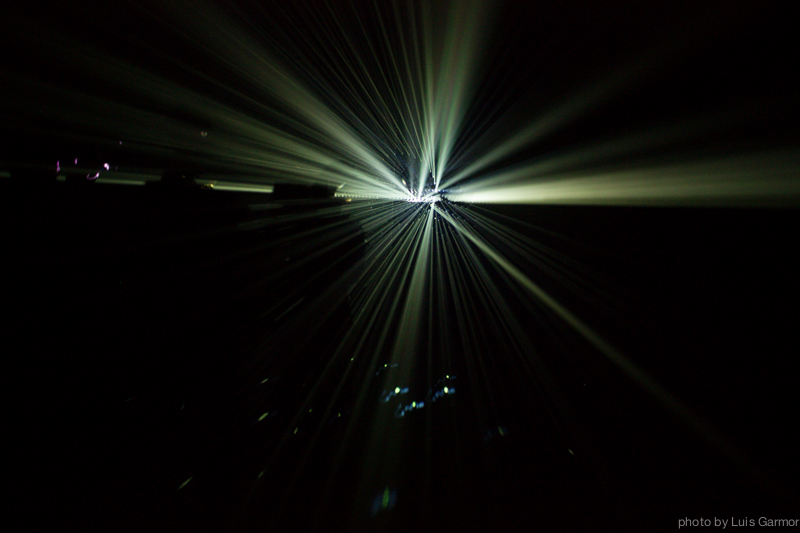 To finish the first day of performances, one of the installations that merits mention aside and that served for making a pause inbetween shows in a special room for it, was the one made by french Guillaume Marmin and Philippe Gordiani, Timée, The music of the spheres, inspired in Plato’s Timaeus dialogues, where ray of lights traveled in concentric static circles projecting themselves into the face of the visitants, a simple light work but conceptually and aesthetically placid.

In the second day A Winged Victory for the Sullen positioned the horizon to bucolic neoclasic meets ambient, and set the tone into the visual minimalism of the videomapped geometricaly led built sphere called Entropia, an A/V installation show of the Societé des Arts et Technologie of Montreal, though aesthetically beautiful, a bigger visual integration and progression was missed overall. 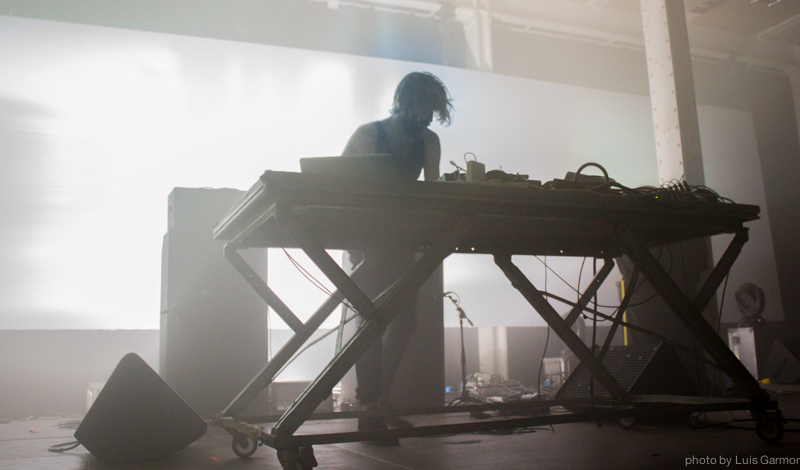 The crowd was already upfront to catch one of the projects that has been making buzz in the specialty festivals, Ben Frost along with MFO at the visual directive with projectors and vapor machines detonated directly into the pupils of the public. Ben once again made his part with droning noise and core – superbly surpassed the day before by Stott-, seemed this time to be somewhat different from the shows performed in maybe bigger festivals.

Nosaj Thing, another big name, first timer in the country, that after several interesting collaborations with artists of the likes of Blonde Redhead’s, Kazu Makino, Flying Lotus or Toro and Moi, deployed a continuing night mix frankly built for another party, that still after the sensorial revolt produced by Frost, would prepare for taking the excursion to a well known Barcelona club where legend The Hacker was to be the festival closing master and this way proving that even small scale festivals can offer one really brilliant and pleasing programme in the specialty with the addition of an effort to upgrade the visual creators the same as the live acts level, future music and arts festivals should have to take in mind.