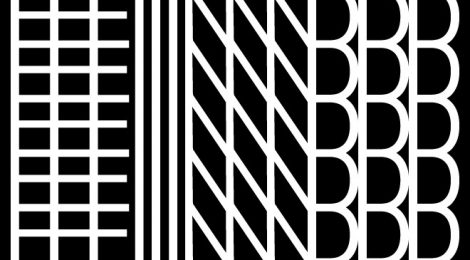 It’s been a while that I haven’t got back here, since I’ve been relocating from sunny Madrid to vibrant Berlin. Ja, stimmt so Ich bin ein (Wahl)Berliner now, or so to say -to the dislike of some locals-. Whether its about getting to know the city, one day divided by entrenched political powers or try to understand berliners (anecdotes apart) and trascend german stereotypes, Berlin gets as interesting as its theatre landscape can be.

Natürlich, the performing arts productions confirm why their city has the specialty know-how, stemming already back from the 20th century avant-garde, the openness of the 20’s Weimar Republic and the diversity of thinking of the Postwar period.

Today in the midst of the world and media, life itself deals with quasi regimes and secret corporate lobbying, invisible forces trying to impose an economic system that is far away from equality, diversity and thus job dignity or (oh yes) democracy, theatre comes timely to put a light of coherence and reflection against the information overload by debunking its media discurse, such a landscape has been timely called Democracy and Tragedy, in the past FIND Neue Dramatik Festival held at the Schaubühne (30.3-9.4), taking to the stage critical contemporary theatre dramaturgs, directors and its companies from around Europe and in this edition conveniently from Latin America.

As Ostermeier commented at the open talk of the festival, » Theatre is not a (political) party, it’s not a church, it’s a place to make questions and (maybe) not to give answers», confirms the german eat-it raw rigour with which this kind of festivals are curated and even state supported: from though girls and guys like Angélica Liddell (Es-Fr) and Romeo Castellucci (It), to current emergent dramaturgists and companies such as Anne-Cécile Vandalem (Be), Roger Bernat (Cat), Dead Centre (Ie-UK), Gary Owen (UK), the american director acompanied by a triple A cast, Richard Nelson, and the fantastic companies from Latin America, Lagartijas Tiradas al Sol (Mx), Mapa Teatro (Co) and the film and now theatre director Pablo Larraín (Cl).

Although we get more information diversification online, a big part of world corporations and broadcasters media  – aside of their political views- still circunscribe for the best-seller hard-news continuity, whether it might be well ethicly founded, the ongoing effect on the empoverished society, mainly middle and working classes, end up in the despair container. How could not be if at the end this old working classes are being left aside? Ostermeier enquires, some of them thus jumping to far- right extremisms, a sprung situation across the United States and European countries.

As the massive media experiments since World War propaganda times to the ongoing today’s mediatized state-of-emergency terrorist and war conflict diverse themes, keep showing (as noted in the early works of McLuhan, Debord and the pleiad of contemporary postmodern communication philosophers) after sometime, the opposite happens, people accepts injustices, conforms and divides for what would be in other manner understood in the first place. The unending play of the media and its political entanglements: Vandalem <Trisstesses> tries to reimagine the life of this mediatized despair in a tour de force vía video and claustrofobic texts where coping with the reality sometimes gets harder by what its isolation can produce.