To listen is an effort, and just to hear is no merit.
Igor Stravinsky

From some years ago Katsunori Nishimura and Chus Domínguez, with the help from friends, work together thinking about music and life.

All materials in this project are Creative Commons (attribution noncommercial share alike). Video files in Vimeo.

Donations are welcome, even small ones, in order to sustain the project: soon we´ll place a link,

Katsunori Nishimura [Ohmuta, 1951] accomplished academic studies with José María Martín Porrás, a renowned teacher considered the father of percussion in Spain. As a member of the pioneer ensemble Grupo de Percusión de Madrid (first percussion ensemble in Spain), he presented to the Spanish and European audiences the repertoire for percussion of the greatest composers of 20th century. From 1976 to 1981, he world-premiered with this ensemble more than twenty works by Spanish composers, such as Cristóbal Halffter, Luis de Pablo, Francisco Guerrero and Félix Ibarrondo, among others, in more than one hundred concerts at important venues and concert halls of Spain, Portugal, Italy and Hungary.
Once the ensemble dissolved, he occasionally took a position as a soloist timpanist at Orquesta Clásica de Canarias. Later on he established as a percussionist at Orquesta Sinfónica de Castilla y León (former Orquesta Ciudad de Valladolid). During this creative period, he was required as a percussionist in order to carry on premieres with orchestras such as Orquesta Nacional de España and Orquesta de Radio Televisión Española.
From mid nineties until now, Katsunori Nishimura decided to tackle a radical change in his career by exploring a new genre related to musical theatre and happening. This was so as a result of artists such as the British actor Lindsay Kemp and the Spanish writer and theatrical designer, Francisco Nieva, premiering the National Theater Award “Baños de Argel”, [Cervantes/Nieva]. These two big figures deeply influenced him in the development of a new one-way experimental working line.
Katsunori researches sound from a total creative freedom, which is dealt throughout a sort of sui generis methodological primitivism that he names “divine infantilism”.
(From www.penafielmilenio2013.com)
Web Katsunori Nishimura

Chus Domínguez is a visual artist who from the orbit of nonfiction film has been has extended its work to other disciplines such as site specific, performing arts, archive and collaborative work on Internet. He works building narratives that deviate from the classic documentary and are close to the experimental and poetic, always taking elements from reality and focusing on smaller items that often go unnoticed. His work is recognized by more than 30 awards at international festivals and has been exhibited in art centers such as the Reina Sofia Museum, La Casa Encendida, MUSAC, DA2, Artium and on networks such as RTVE or ART.
Web Chus Domínguez 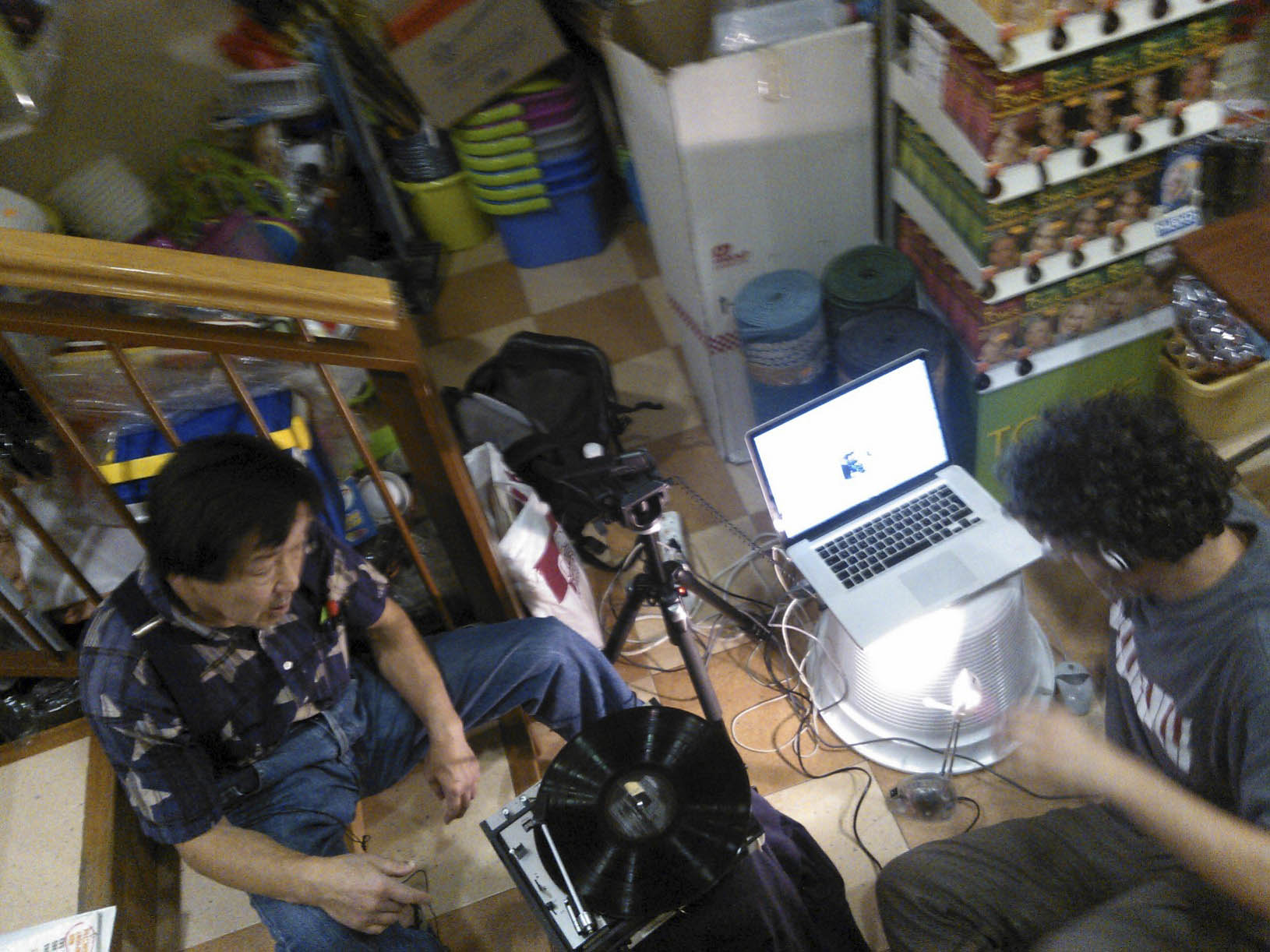